Large subduction earthquakes occur just below densely populated coastal areas and are therefore the source of very high risks for these regions. Among them, South America is one of the most seriously threatened. Its western coast is formed all along by the longest and most active known subduction zone. This project focuses on the northern section of this subduction zone from Northern Ecuador to Northern Peru.
Anticipating the location of the next ruptures and their magnitude is of commensurate importance to properly anticipate the risks and hence to protect the populations. Until recently, the critical questions posed to the scientific community of ‘when, where, and how large will the next earthquakes be?’ have been addressed using characteristics of large past earthquakes as a proxy for the possible future events. In this project, we propose a complementary approach to modern strain and stress monitoring of active tectonic zones. 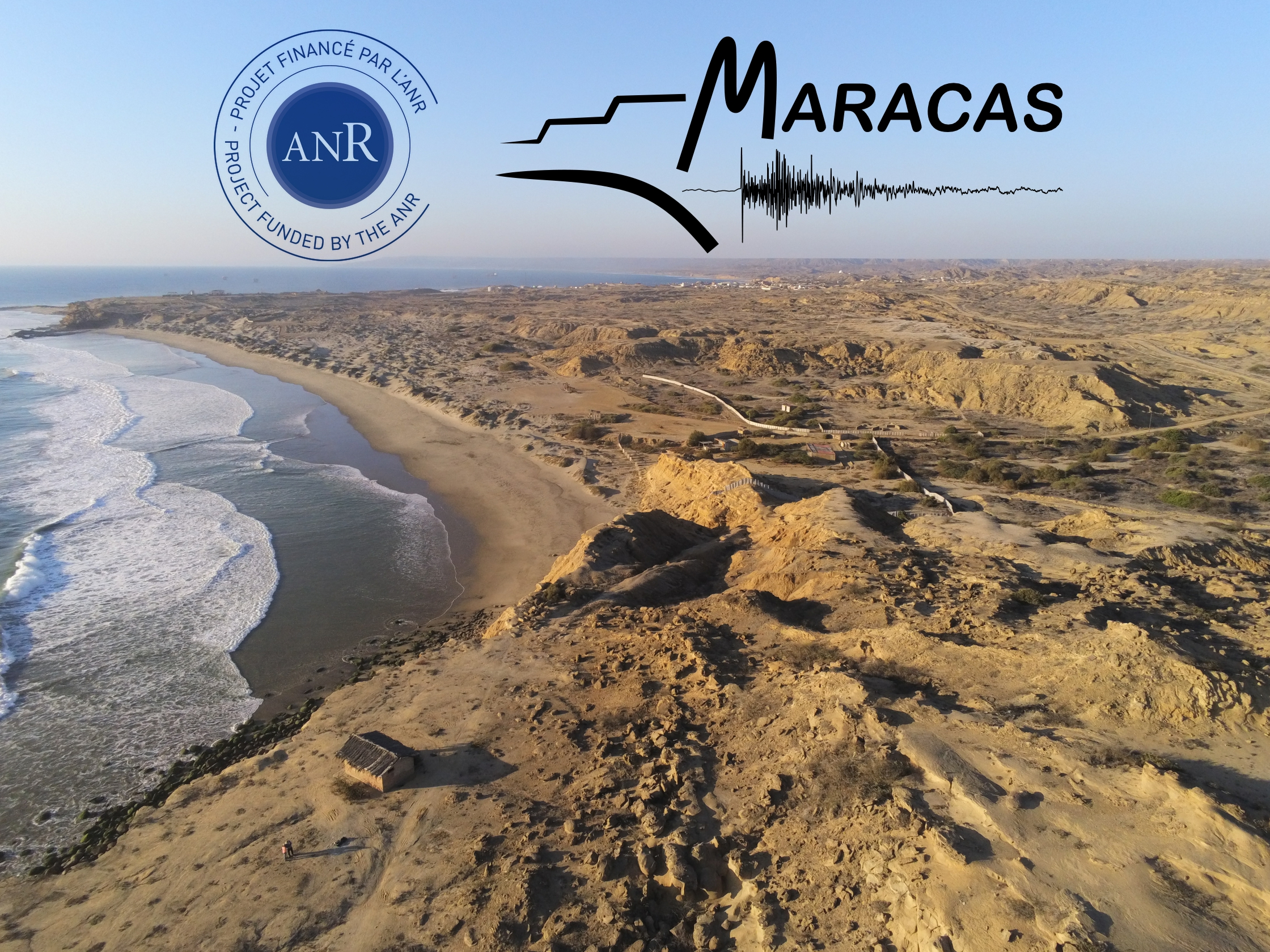 Various types of permanent deformations (i.e., long-term deformations, formed over 10^3-10^6 years), especially vertical motions, are commonly observed in the continental upper plate that stands right above the subduction interface. These vertical motions and deformations shape the morphology of the coastal region. Based on our recent work, we propose that the coastal morphology is a surface image of the distribution and magnitude of the past large megathrust earthquakes at depth. More precisely, the way coastal uplifts and deformations vary along the coast highlights which segments of the subduction zone below are prone to rupture, and which segments should not produce any significant event and even possibly arrest the neighboring large earthquakes.
We thus propose to study past and forthcoming large earthquakes from observation and measurement of the long-term response of the coastal zone above the subduction zone. This approach is original and hence challenging. In particular, this approach needs that: 1) the permanent uplifts and deformations can be put in correspondence with the location of large past earthquakes and their related short-term deformations; 2) the mechanical relations between short-term deformation on the subduction interface and long-term deformation of the upper plate be understood.
The Northern Andean Subduction zone is very appropriate to address these challenges because: 1) the coastal zone hosts a fairly continuous series of well-preserved marine terraces which are morpho-tectonic markers of vertical motions that provide an accurate record of the coastal uplift and deformation; 2) five large to giant earthquakes occurred in the historical time, among them the Mw 8.8 1906 and the latest Mw 7.8 2016 Pedernales earthquakes; 3) the interseismic coupling pattern on the megathrust strongly varies from North to South; and 4) this zone is particularly well instrumented with abundant high-resolution seismic profiles, comprehensive earthquakes catalogues and accurate GPS crustal motion velocities. The project will rely extensively on these databases and/or ongoing data acquisition programs run by national monitoring centers, available through a long-term cooperation with IRD. This project will allow to validate and exploit part of these acquired data and to gather data from different sources.
The ultimate objectives of this project is to enter actual long-term Quaternary deformation into physical vertical crustal motion modeling, in order to 1) identify which conditions are favorable for existence of seismic barriers (low coupled zones) that control the lateral extension of seismic ruptures, and thus their magnitude; and characterize the lateral impact of seismic ruptures on weakly coupled segments crustal deformation; 2) determine whether the correlation between the seismic segmentation and the morpho-tectonic segmentation is a temporary signature or a long-lasting characteristic.