The Joint Fizeau-Michelson Prize Committee awards the 2022 Fizeau Lifetime Achievement Award to Dr. Theo ten Brummelaar for his leadership and long-term efforts in forwarding the technology and practice of astronomical optical interferometry, as evidenced by his central role in the optical, computational, and scientific development of the CHARA Array.

His career at CHARA began with the initial design and implementation of the basic optical layout of the array and beam combiners, and oversaw the construction of the array at Mount Wilson. He personally created most of the array control software, acting as the lead control systems integrator. 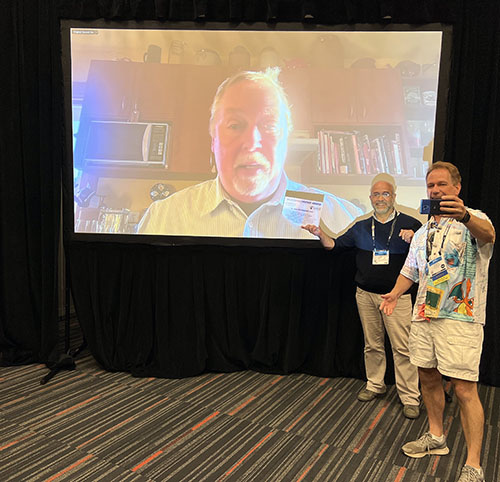 Dr. Theo ten Brummelaar directed ongoing array updates with the development of the telescope adaptive optics systems and sustained instrumentation development in the beam combining laboratory. Creating and fostering the international CHARA Consortium, he has greatly enriched the technical and scientific programs of the CHARA Array, and directed initiatives to increase the user community to scientists from around the world.

The success of these efforts is attested to by the more than 200 papers resulting from CHARA Array observations that have appeared to date in the peer-reviewed literature. He has also championed young scientists working at CHARA, including acting as the primary research advisor to seven PhD students at Georgia State University. His leadership has guided the CHARA Array to become a world class facility, making major contributions to fundamental stellar astrophysics and high-resolution astronomical imaging.