Research and Education actions in the South, in partnership with IRD 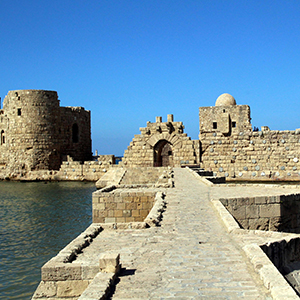 The Levant fault system extends over more than 1000 km from the Gulf of Aqaba in the Red Sea to Turkey. It is the plate boundary between the Arabian and Sinai plates and thus accommodates the differential movement between these two plates. This transform fault is mostly left-lateral and N-S on its northern and southern parts, but forms a transpressive restraining bend in its central part in Lebanon, associated with several strike-slip and reverse strands connected by lateral ramps (Gomez et al., 2003, Daëron et al., 2004, 2005,2007, Elias et al., 2007). Two main enigmas still exist to understand the behavior of this plate boundary and the associated deformation:

We first propose to combine different measurements of spatial geodesy to obtain the best possible spatial and temporal resolution of the instantaneous deformation in this region, including GNSS data analysis (remeasurement of the campaign network, processing of the campaign and the Lebanese-French continuous data, combination with available regional data) and the combination of the resulting GNSS velocity field with the InSAR velocity field produced within the overall project. We will be able to participate in the analysis of additional SAR data acquired in the area.

Secondly, we aim at implementing a model of deformation accommodation within the Lebanese restraining bend taking into account the complexity of the fault system and the associated uncertainties. This will answer the second enigma. Finally, a kinematic model of the Sinai plate constrained by the previous results will allow a better understanding of the organization of the deformation in the region and thus answer the first enigma. These results will be essential to better assess the regional seismic hazard.

The EARTHQUAKES team of the Geoazur laboratory is a multidisciplinary team combining skills in geodesy, tectonics, seismology, and modeling. It will collaborate with researchers from the Geology Laboratory of Lyon TPE and the Geophysical Research Center of the Lebanese CNRS in Lebanon in the framework of the International Associated Laboratory O-LIFE II (Lebanese-French Observatory of the Environment). Field missions of a few weeks in Lebanon are planned both for the remeasurement of the GNSS campaign network and for the monitoring of the recently installed permanent GNSS network (2016-2017). 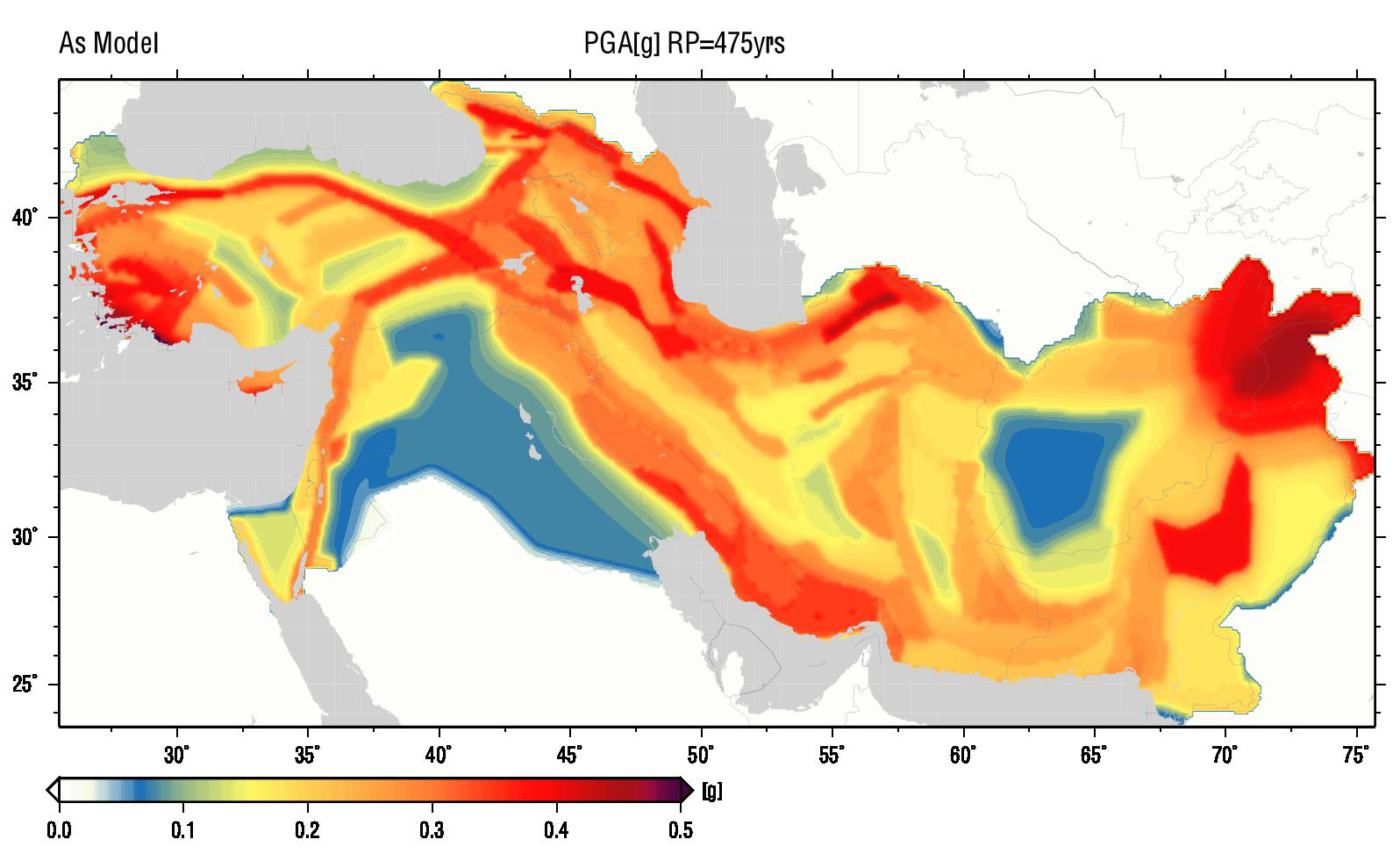 Fig. Probabilistic seismic hazard map: average values of acceleration horizontal to PGA, that have a 10% chance of being exceeded for 50 years (return period 475 years).
According to EMME (Sesetyan et al. 2014), http://www.globalquakemodel.org/what/regions/middle-east/).