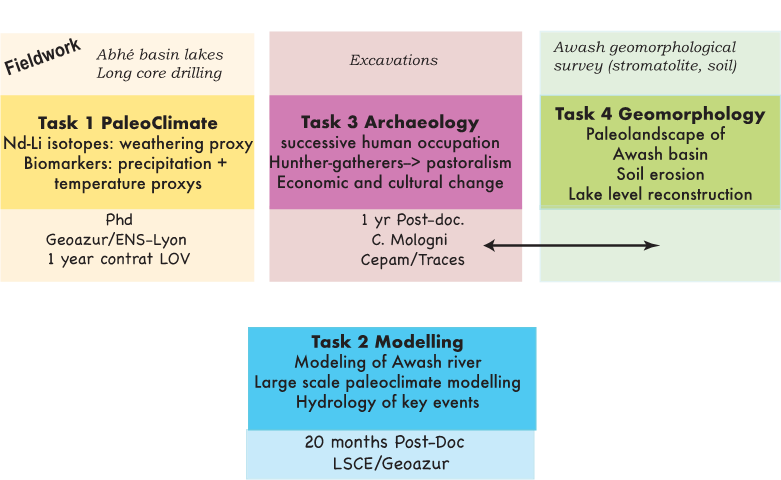 The project is decomposed in four different tasks:

Task 1 aims to reconstruct hydrological fluctuations in the Afar area at centennial-millennial resolution over the last 20,000 years using Innovative tracers such as d2Hwax, GDGT (Glycerol Dialkyl Glycerol Tetraethers or GDGTs) and diatom assemblages. Also, Neodymium isotope composition (143Nd/144Nd) which can evaluate the provenance of lake sediment will be coupled with Li isotopes (d7Li), which trace the intensity of weathering and clay neoformation in soils. 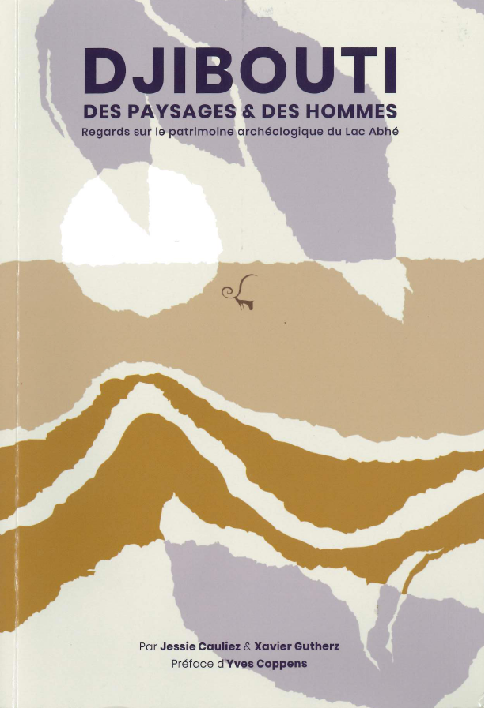 Task 3 will excavate and date chrono-spatially unrepresented human occupation sequences with the aim of reconstituting paleoeconomy and cultural change over the last 20,000 years through focused archaeological investigation in the Afar (Ethiopia, Djibouti) and the Central Ethiopian Rift Valley. The project focuses particularly on the persistence and decline of hunter-gatherer communities and the emergence of pastoralism. The multidisciplinary NILAFAR project is largely based on the work of three complementary archaeological programs in the Afar and the Central Rift Valley

The combination of climate model simulations (from the Paleoclimate Modeling Intercomparison Project PMIP and IPSL models) and hydrological model simulations (a rainfall-runoff model – previously calibrated on the observed period using available discharge series)  will be used to investigate the different factors and important thresholds controlling the hydrology in Afar, in terms of precipitation regimes (humid and dry periods such as AHP and LGM, respectively), source of the moisture flux (from Atlantic or Indian oceans) on the region, and length of critical dry episodes (such as HS, YD, 8.2, 4.2ka). 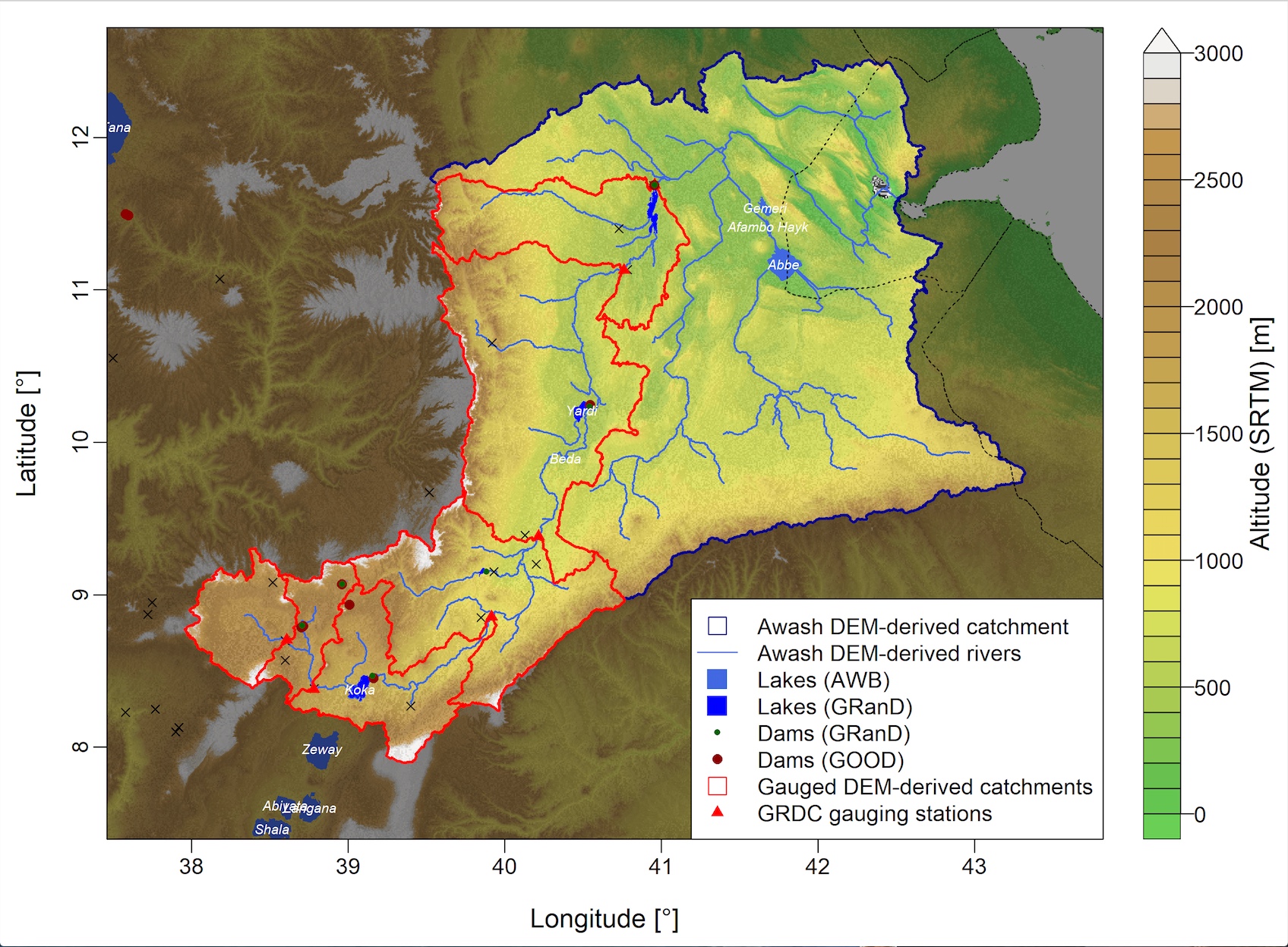