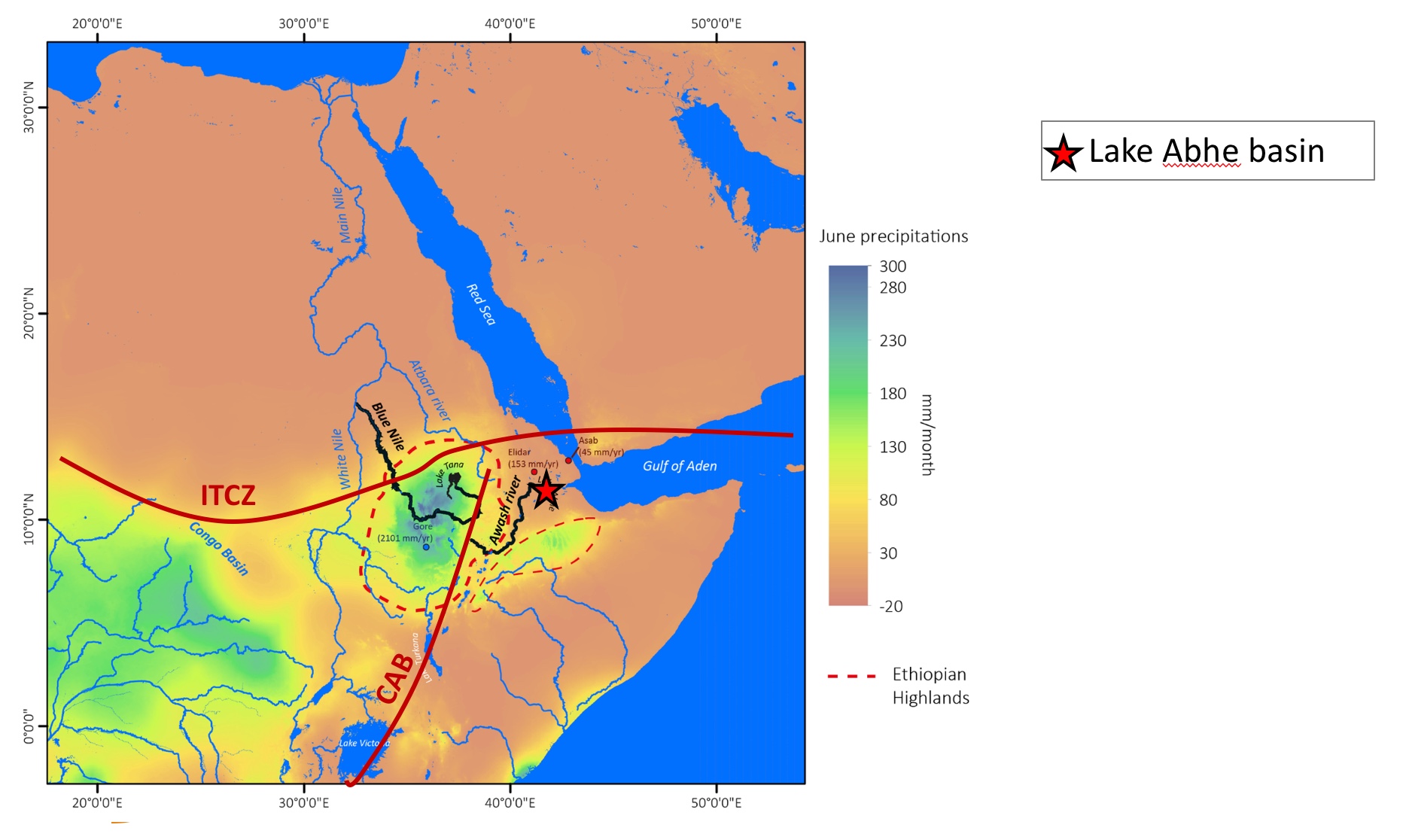 The originality of our approach relies on the interactions of archaeologists, geomorphologists, modelers and paleoclimatologists, which will lead - for the first time - to a large-scale diachronic settlement model in the Afar region.

The Abhe Lake Basin is located in the Central Afar Region (Ethiopia & Djibouti) along the axis of the Tendaho-Gobaad graben (NE-SW). Thus, the Afar depression is chosen because i) sediments accumulated since ~4 Ma in these lakes are valuable archives to reconstruct hydrological changes in the tropical Sahel zone (~11°N latitude) as Françoise Gasse (Gasse, 1977) has demonstated in her research work, which began in 1977 around the Abhé basin ii) of the identification and excavation of a large number of LSA and Neolithic sites around these lakes